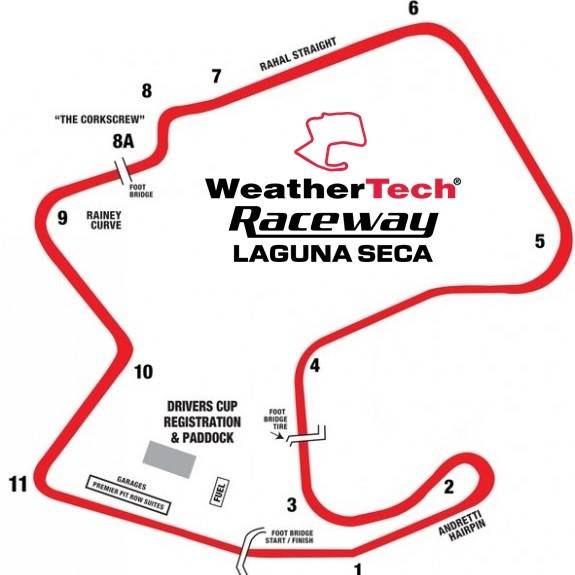 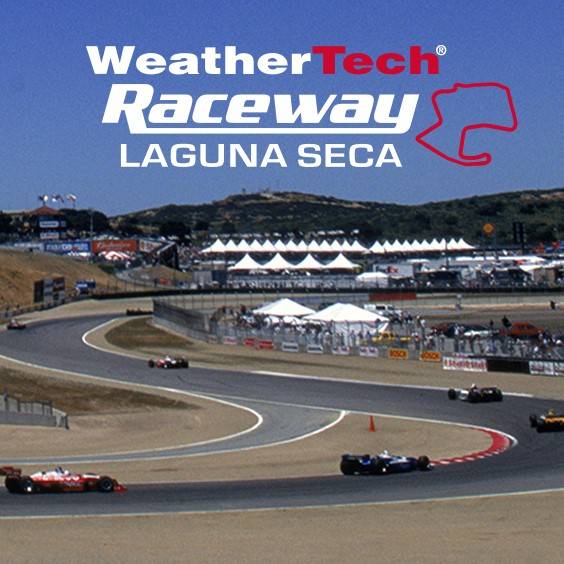 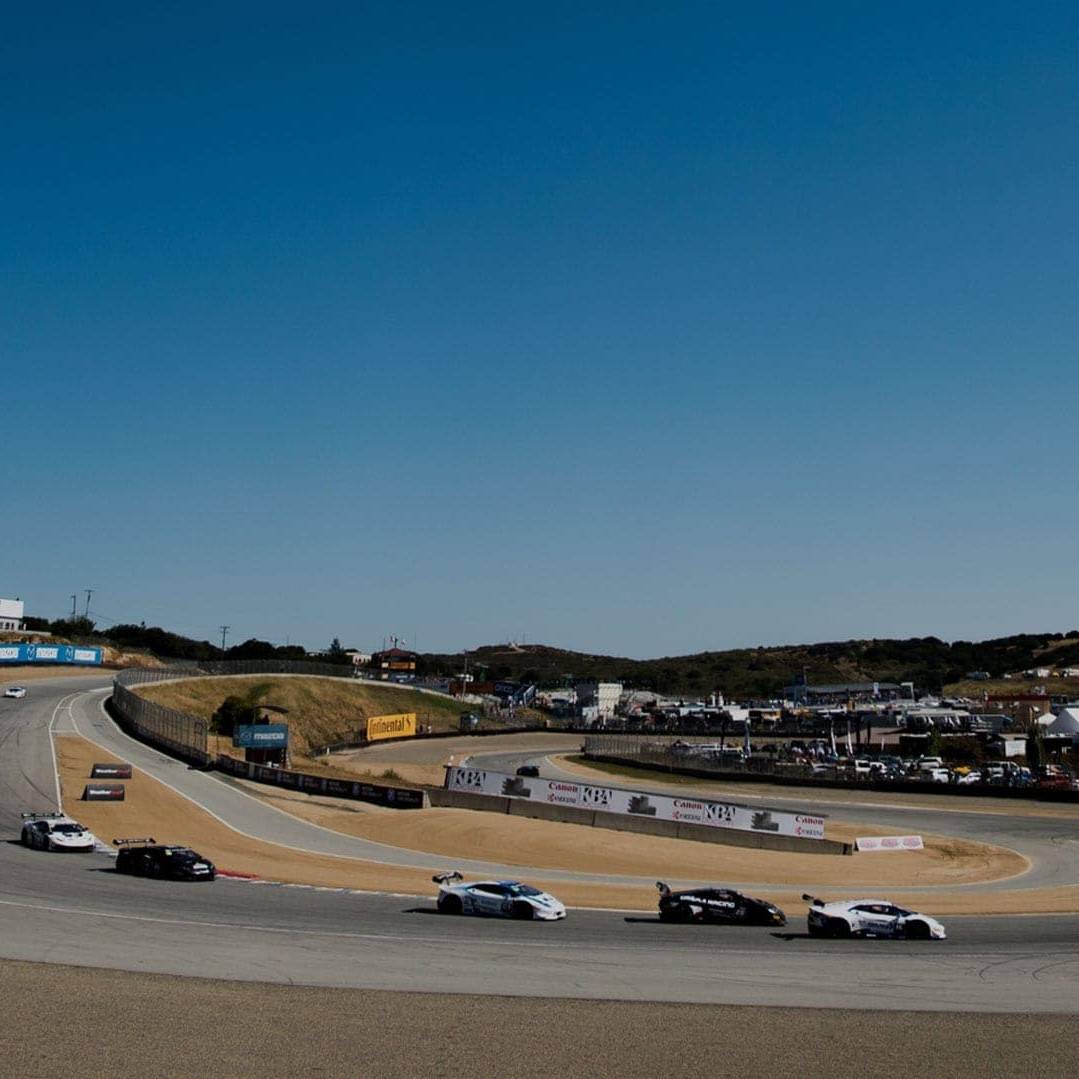 Laguna Seca Raceway is a paved road racing track in central California used for both auto racing and motorcycle racing, built in 1957 near both Salinas and Monterey, California, United States.

The racetrack is 2.2 mi long, with a 180 ft elevation change. Its eleven turns are highlighted by the circuit's signature turn, the downhill-plunging "Corkscrew" at Turns 8 and 8A. A variety of racing, exhibition, and entertainment events are held at the raceway, ranging from superkarts to sports car racing to music festivals. Laguna Seca is classified as an FIA Grade Two circuit.

The name Laguna Seca is Spanish for dry lagoon: the area where the track now lies was once a lake, and the course was built around the dry lake bed. After the course was reconfigured, two artificial ponds were added. 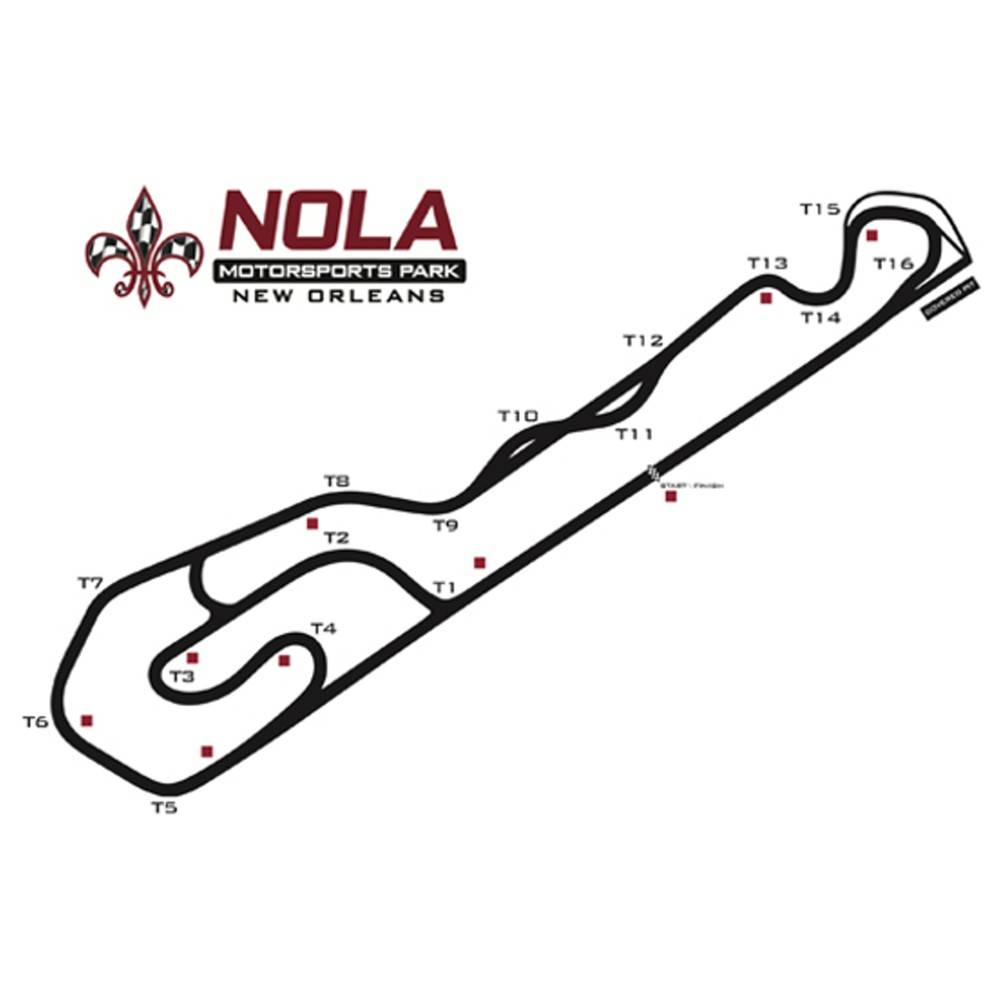 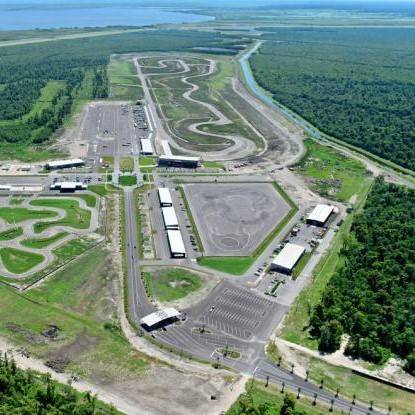 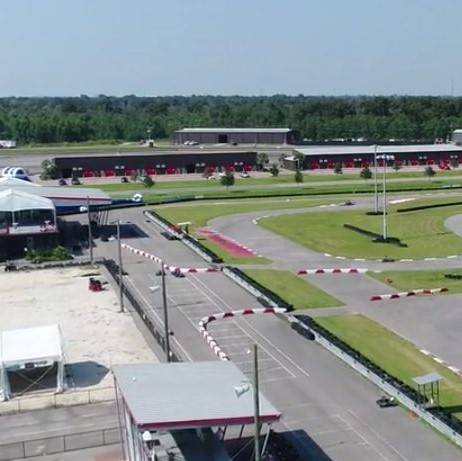 The park was designed with forward thinking electronic systems including over 100 miles of fiber optics and the latest timing and scoring equipment to allow for accurate timing on both the main and karting tracks. 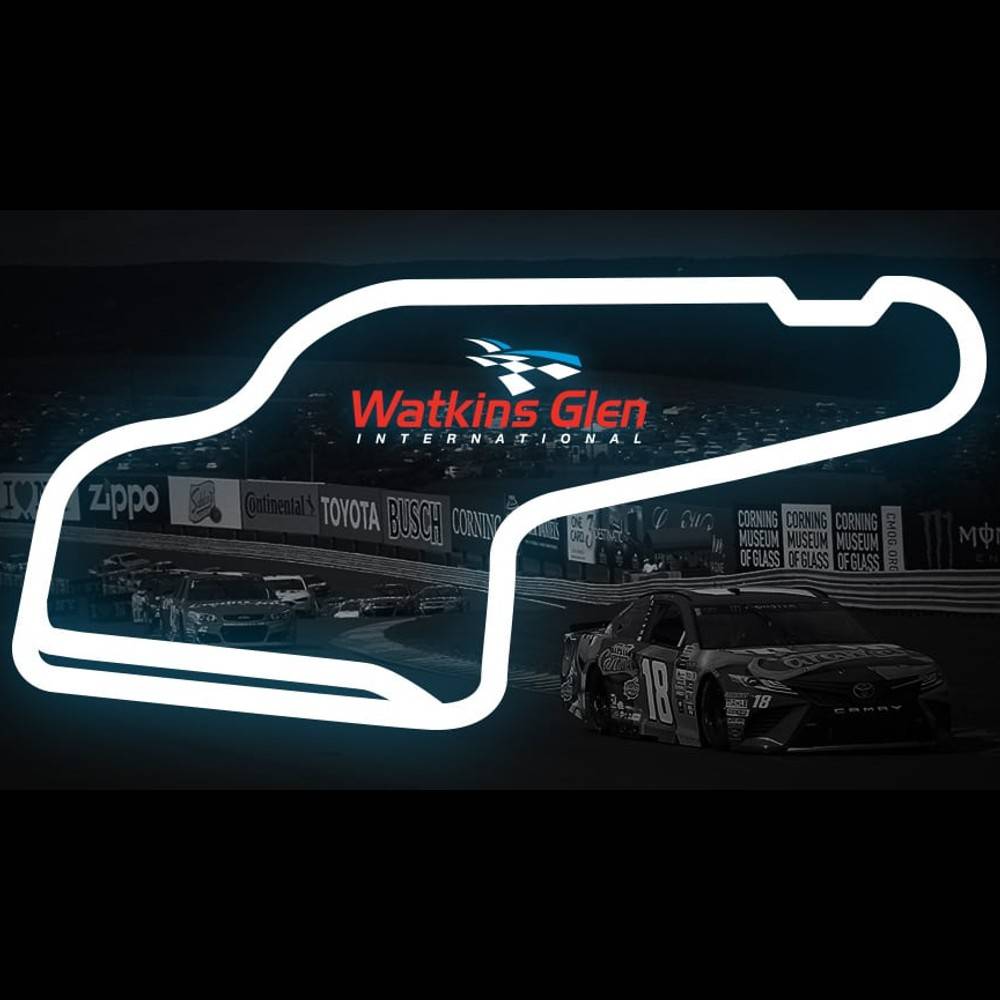 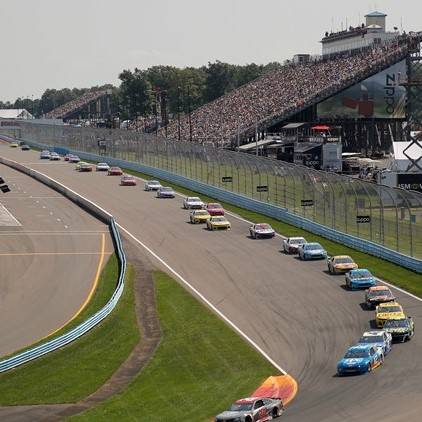 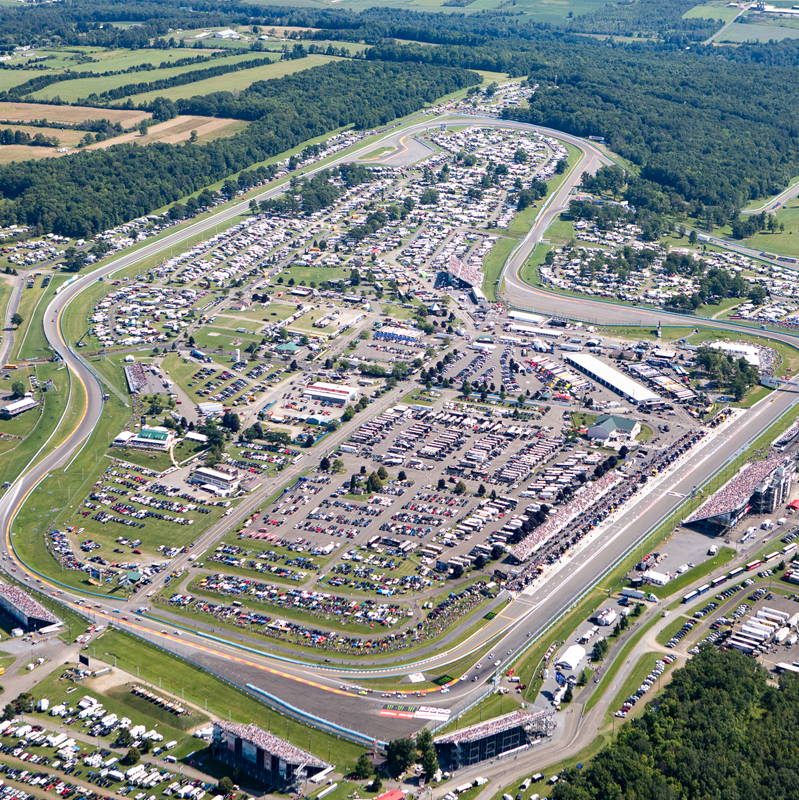 Watkins Glen International, nicknamed "The Glen", is an automobile race track located in the town of Dix just southwest of the village of Watkins Glen, New York, at the southern tip of Seneca Lake. It was long known around the world as the home of the Formula One United States Grand Prix, which it hosted for twenty consecutive years (1961–1980). Still, the site has also been home to road racing of nearly every class, including the World Sportscar Championship, Trans-Am, Can-Am, NASCAR Cup Series, the International Motor Sports Association and the IndyCar Series. The facility is currently owned by NASCAR.

The course was opened in 1956 to host auto races previously held on public roads in and around the village. The circuit's current layout has more or less been the same since 1971, with minor modifications after the fatal crashes of François Cevert in 1973 and J.D. McDuffie in 1991. 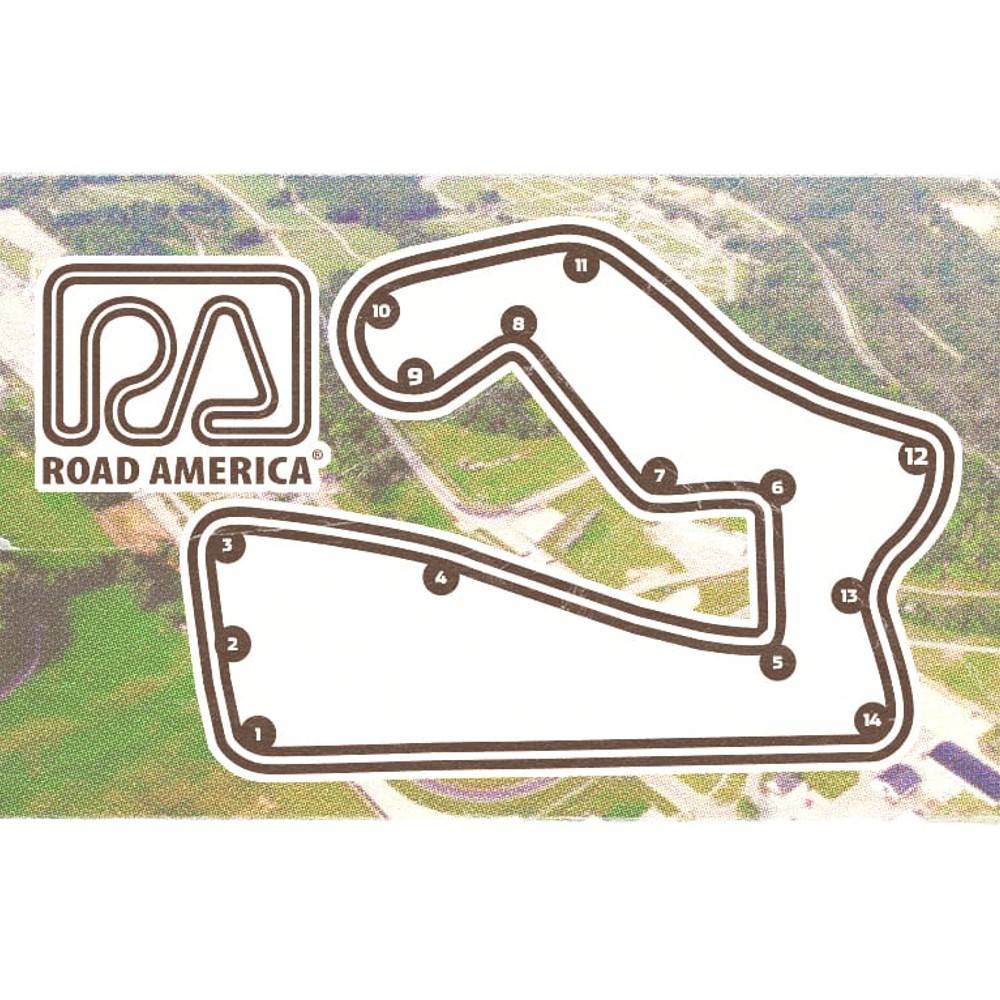 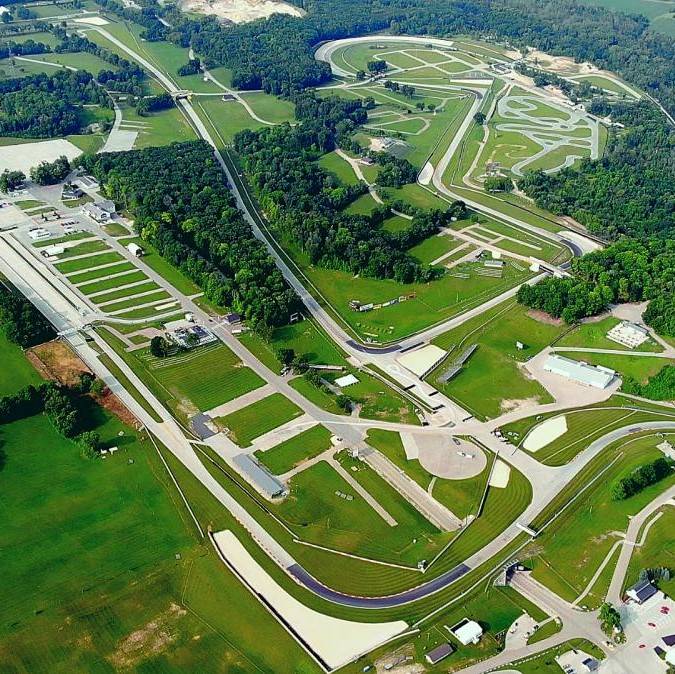 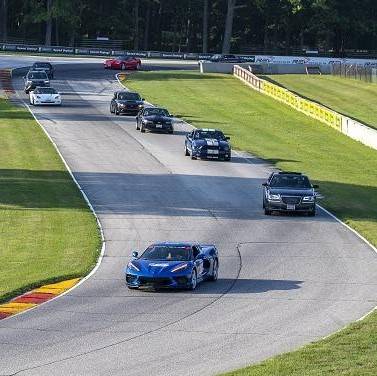 The track is situated on 640 acres near the Kettle Moraine Scenic Drive. It has hosted races since September 1955 and currently hosts over 400 events a year. Of its annual events, 9 major weekends are open to the public which include 3 motorcycle events including the MotoAmerica (AMA FIM) series, 3 vintage car events, Sports Car Club of America (SCCA) events, the United Sports Car Racing Series, the Pirelli World Challenge, and the NASCAR Xfinity Series.

Road America is one of only a handful of road circuits in the world maintaining its original configuration being 4.048 miles in length with 14 turns. The track features many elevation changes, along with a long front stretch where speeds approaching 200 mph (320 km/h) may be reached. One of the best known features of this course is a turn on the backside known as "the kink".

Road America's open seating allows spectators to venture throughout the grounds. Grandstands are available in several locations, as well as permanent hillside seating where crowds of more than 150,000 can be accommodated. 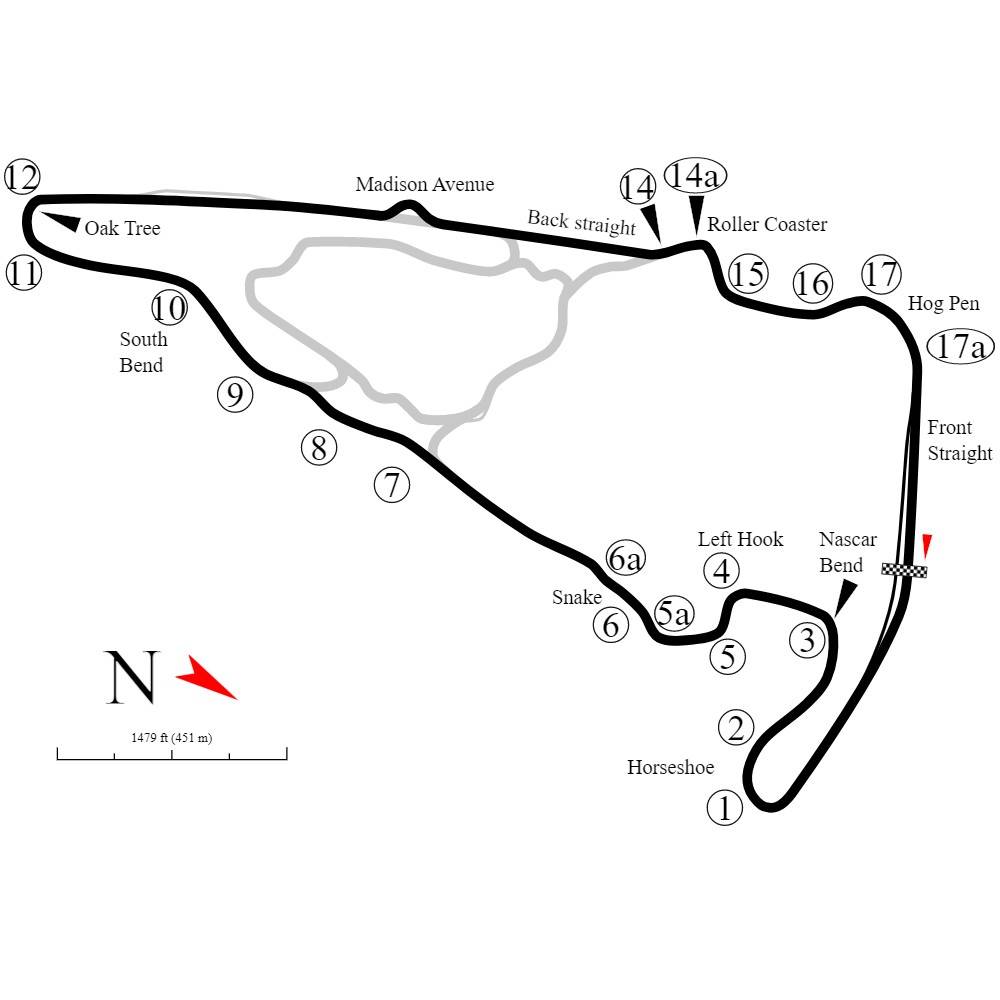 Virginia International Raceway (commonly known as "VIR") is a race track located in Alton, Virginia, near Danville. It is less than a half-mile from the North Carolina/Virginia border just outside Milton, North Carolina, on the banks of the Dan River. VIR hosts amateur and professional automobile and motorcycle events, driving schools, club days, and private test rentals. 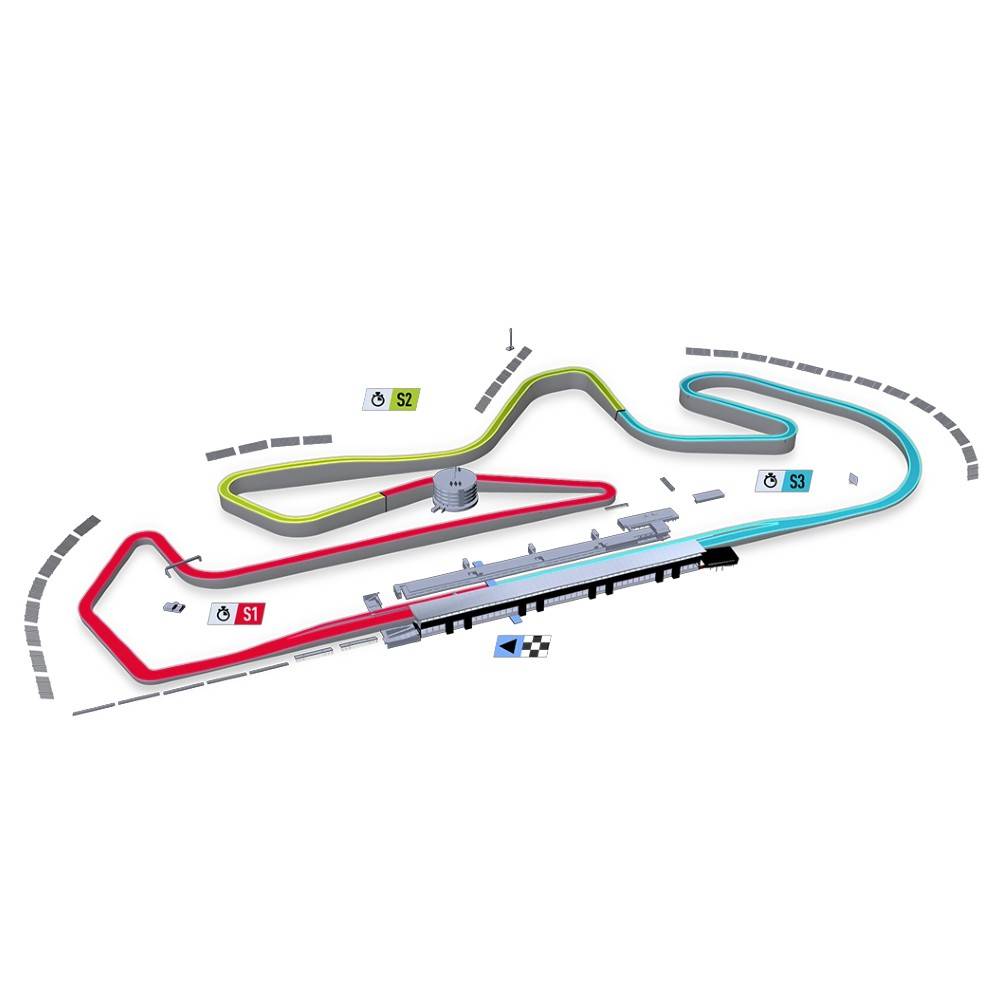 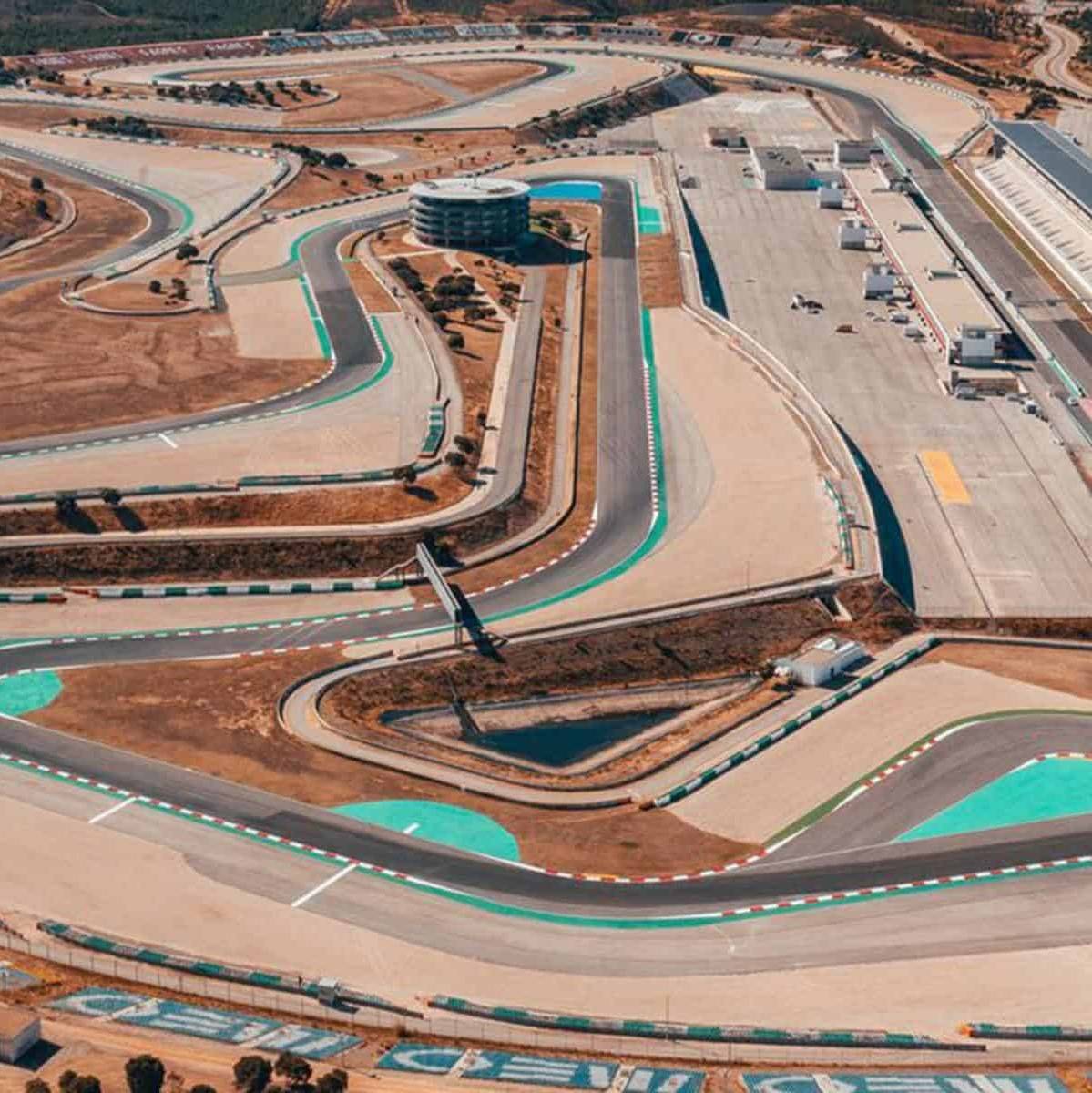 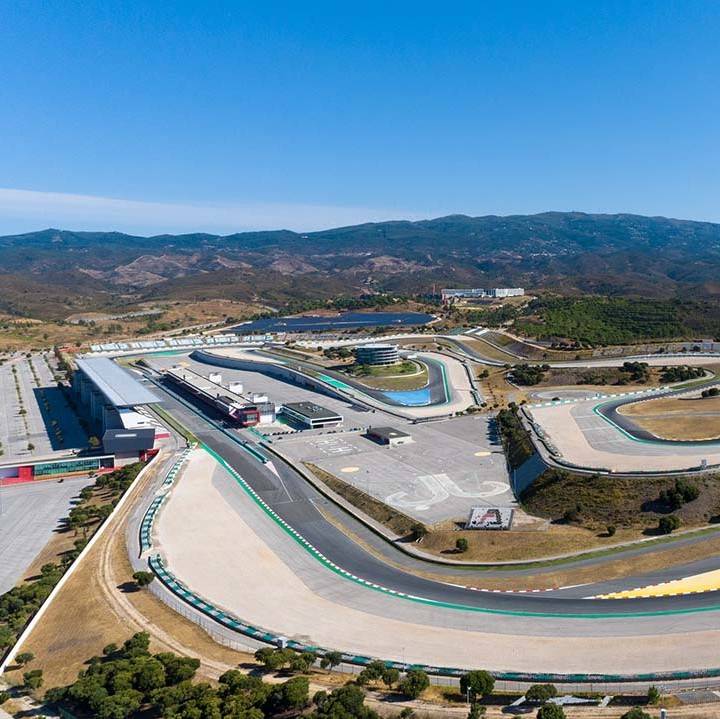 The circuit is the site of a statue in tribute to Craig Jones, representing Jones on his motorbike after passing the finishing line. This statue will be the main part of a monument, already partially built, which also includes the architectural arrangement of the main access roundabout to the racetrack, created by Paula Hespanha and Portuguese architect Manuel Pedro Ferreira Chaves. This monument is a landscape sculpture, representing the main straight of a racing circuit, which extends up to the car park of the main grandstand. It has been confirmed that one of the corners of the circuit was named after former World Supersport rider Craig Jones who was killed in a motorcycle crash at Brands Hatch in 2008.